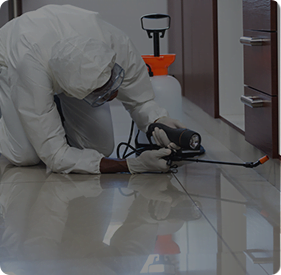 Alder and Willow are two beavers currently housed at the BC Wildlife Park. The now two-year-old, capable beavers were originally found separately in Kelowna and Vernon, following high water events in the spring of 2020. The kits were in need of instant 24/7 care and bottle feeding and were promptly delivered to the BC Wildlife Park in Kamloops.

The park generously made a significant amount of room and even retrofitted an old habitat to house the pair with minimal human contact and no public engagement. It has been two years since they were rescued we are officially weeks away from finalizing the place, plan, and permissions to get these guys settled somewhere for the long haul.

The plan is still forming… stressful as it is, this is often how wildlife management works.

Our first choice is a former beaver habitat north of Kelowna adjacent to Okanagan Lake. This location would be in partnership with the Okanagan Collaborative Conservation Program (OCCP) and the Okanagan Indian Band.

Due to historical trapping and intense urbanization, beaver populations plummeted leaving only evidence in the form of old beaver dams behind.

Due to the proximity of the site to the Duck Lake Reservation, the beavers will promote environmental education and community engagement.

Through the Okanagan Indian Band Guardian program several band members will be included in this rehoming project to gain experience in Beaver Dam Analogues (BDA), Flow Control Devices (FCD), and relocation. Okanagan Indian Band will oversee the custodianship of the reintroduced beavers for long-term success.

Willow and Alder will not only kickstart the beaver restoration and rewilding processes in Okanagan Indian lands, but their journey will help support the movement for environmental policy reform regarding beavers.

Should for whatever reason Willow and Alder cannot be reintroduced into Ellison Lake ecosystem, the team at Humane Solutions in partnership with the BC Wildlife Park has identified a secondary site as a back up plan. This site will be managed by members of the Humane Solutions team to ensure the best possible opportunity for rewilding.

Why it is Significant

Alder and Willow offer us an important opportunity. Currently, at the political level, beavers are considered a pest. There is no precedent or framework for managing them alongside other animals and habitats, and relocation is not allowed as all transported beavers are mandated to be euthanized at the destination. This policy is a major roadblock for organizations and private property owners that are interested in coexisting with beavers in order to benefit from the inherent benefits of their ecosystem services.

Additionally, this political stance limits the options for organizations and property owners who are forced to deal with beavers who are established in areas which cannot allow their presence, such as along railways and utility rights-of-ways.

Alder and Willow have many options for a successful relocation, however, we require successful case-studies if we are ever going to challenge the current policy and implement something progressive. There is immense value in relocating them into an ecosystem which is lacking their precise skills, and benefits a community which has environmental needs which are not being met with their current budgets or commitments to resource extraction industries.

Best case scenario is to introduce them into the identified site with a custodianship program, however, all this will be redundant if we fail to properly document this process, the results, and the impact on the local ecosystem.

The Benefits of Beavers

Other then human beings there isn’t an animal on this planet that alters its environment as much as the beaver. In fact, the largest beaver dam in the world (In Wood Buffalo National Park) can be seen from space.

Beavers are integral to creating wetlands and are a keystone species in wetland environments. It is estimated that 50% of all endangered species in North America rely on beaver wetlands at some point in their life. Studies have shown that ponds with beaver dams are the last to ice up in the winter and the first to thaw in spring. This makes beaver ponds the preferred habitat for waterfowl and migratory birds. Not only do beavers create flooded wetlands but they alter the habitat underwater almost as much as above. By creating channels in the mud, and depositing woody debris on the bottom they create unique micro habitats for insects and invertebrates. Which in turn helps fish and other aquatic species.

Globally we are losing wetlands at an alarming rate and the solution is simple, bring back beavers.

Current regulations and policy only have one option for beaver control: death of conflict individuals

Through this project we hope to prove that relocation of conflict beavers is in fact possible and provides a viable alternative to lethal control. It also provides a means to reintroduce beavers to previously depleted regions and enables ecological restoration.

Furthermore public’s perceptions of beavers has been historically negative. This project intends to create a sense of awareness, promote and educate on the alternatives to beaver management in conflict situations.

The Okanagan Indian Band is invested in a restoration economy. They want to have a healthy environment that produces ecosystem services. Maintaining beavers on the landscape is one way of insuring ecosystem resiliency in the face of climate change.

During the reintroduction project, band members will benefit from skills gained from relocating beavers at Ellison Lake which will help contribute to the implementation of alternative beaver management techniques and restoration work in the local community and area.

This project has been a multi-year collaborative effort between three (3) authoritative organizations:

How Funds are Used

“Rehabilitating beavers takes a copious amount of time, dedication, and resources,” said the park. “It takes two years until they are mature enough to released back into the wild.”

https://globalnews.ca/news/7137925/2-young-beavers-rescued-okanagan/
—
Alder arrived first after being found walking along a busy road in Vernon. Willow came next, after being discovered alone under a bridge near Kelowna. The park’s rehab team isn’t sure how the two got orphaned, “but it is thought that the high waters could have separated them from the rest of their family.”
https://www.narcity.com/kelowna/bc-wildlife-park-beavers-orphaned-and-rescued-will-melt-your-canadian-heart-video
—
Original instagram post: https://www.instagram.com/p/CCL2AkkhIAw/?utm_source=ig_embed&ig_rid=260907ca-61b6-4c99-8466-5cfdd8c7a7a9

Most recent video:
https://www.instagram.com/tv/CcEdE1OlJ4q/?utm_source=ig_web_copy_link
“Alder and Willow spent the winter months in an indoor rehabilitation area, and they’ve now been moved to an outdoor aquatic area. The pair are provided fresh tree branches and bedding material to create their own sheltered area, as they spend their last few months in our care before being released into the wild.”

We are trying to change the culture in Northern B.C.. Specifically on how the public sees beavers. We know that there is an important function that they serve. We understand that some beavers do pose problems, but there are multiple ways to manage for them. This project would arm us with the tools to work with beavers to manage
The area on top of Greer Mountain was chosen as it has an old existing beaver dam. Currently there are no beavers present. This area has been historically trapped out, and has had intense industrial activity. At this moment SERN has collaborated with locals, industry, government and First Nations to reduce road features and limit access to this area in an effort to “re-wild” it. Promoting beavers there would speed up recovery.
Currently SERN is collaborating in a watershed assessment of Tachick and Nulki Lakes (close to Greer Mountain). These are shallow lakes that have become eutrophic due to sedimentation from industrial roads and agriculture run off. We will be using the Beaver Restoration Assessment Tool (BRAT) to try and create a plan to utilize beaver dams to limit sedimentation to these lakes. We hope that the skills gained from relocating beavers in Greer Mountain will help benefit the implementation of restoration works in Nulki/Tachick.
– Brandon SERN 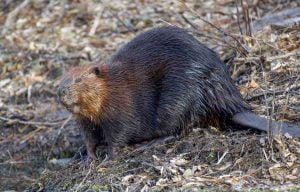 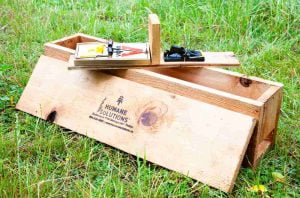 The Sustainable BC Pest Management Station

Handmade in Vancouver, British Columbia by Humane Solutions Inc. These are the same stations we use for our professional contracts and we have made… 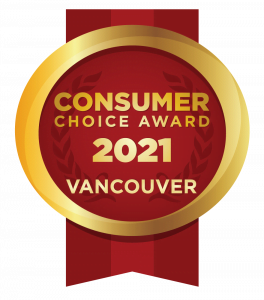